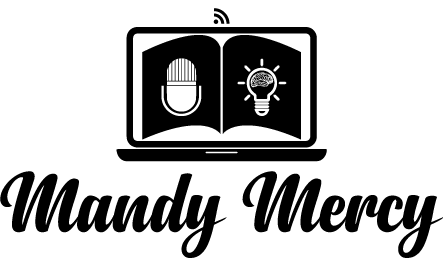 EDUCATION & LIFESTYLE-RELATED THEME- Self-Esteem in Teenagers:
TOPIC- How to Help your Teenage Child be Self-Confident?

The teenage years can be particularly difficult to navigate; hormones are raging and a myriad of physical and emotional changes are taking place. A teenager’s sense of self can be especially vulnerable when subjected to criticisms or threats in the following areas: physical looks, academic grades, personality types (introversion versus extraversion), financial standing, social class and status among their peers, amongst others. However, all is not gloom and doom during adolescence; these are mere negative aspects of what is truly a transitional, joyous and youthful phase of one’s life.
Teenage is a period of time when one discovers oneself- hidden talents, form new friendships, and assume greater independence and autonomy from parental control.
In fact, teenage is a wonderful opportunity for teenagers to put in effort at what they are good at and what comes naturally to them. This sustained effort could lead them to the path of excellence in their chosen field; it could become their lifelong career or hobby.
Forming friendships are another integral part of teenage social life; as someone once said, ‘Man is a social animal.’ He needs the company and camaraderie of fellow beings to feel connected and loved by others. Social networks offer companionship in times of stress and distress and are very soothing and comforting when chosen wisely by the judicious and discerning teenager.
Another advantage to be accrued from reaching maturity is the accompanying independence and self-reliance that one enjoys during teenage. Some parents may choose to give a little bit more freedom to their teenager, now that he or she is no longer their little child. This could be a golden opportunity, if utilised wisely by the teenager. Making mistakes during teenage is to be treated as part of a learning process and not to be frowned upon. Instead, one can realise one’s fullest potential only through trial and error situations.
However, teenage is definitely not a bed of roses for some. One might be teased and bullied for being unfortunate in the looks department. Poor self-image and body-image may ensue. They may develop a distorted view of themselves in the eyes of others and magnify their flaws and shortcomings. The mass media does little to help; it perpetuates the ideal standards of beauty as an objective criteria. The result is this: many teenagers suffer in silence and develop eating disorders, self-harm, attempt suicide as a consequence of depression. Some may even resort to extreme and drastic measures like cosmetic surgery to correct or modify their flawed features in the name of self-enhancement. In the process, their self-worth and self-confidence takes a blow.
Victims of cyberbullying may suffer in silence as their hackers or bullies torment them online. The anonymous bully cannot be tracked down or identified in the virtual world of social networking sites. Hence, bringing them under the eye of the law or stopping them may be difficult. Hence, cyberbullies may go unreported. Posting offensive comments and photographs of them online can force the victim to live in shame and keep a low profile in public.

Academic excellence is yet another benchmark for gauging a teenager’s sense of self-esteem. While academically brilliant students develop a superiority complex that they are smarter than others, their less academically-inclined peers tend to suffer from an insidious form of inferiority complex, whereby they internalise labels that teachers, parents and peers impose on them, such as being stupid and lazy. These do not fade with time; in fact, they gain a strong foothold in their minds as they grow older and become entrenched false beliefs about self. They may fail to notice or improve their other talents as a result of the education system prizing academic performance above all else.
Another aspect of worry and negative feelings is their personality type; introverted and shy teenagers may be picked on by bullies and made to feel small due to their reserved nature. In stark contrast, more extroverted peers may excel in leadership roles, fuelling inferiority complex in their introverted peers and a more superiority complex in the extroverts. A lack of social skills can hinder romantic relationships from blossoming in the teenage. This rips any potential relationships in the bud and makes one feel even more isolated. Introverts tend to bottle up their negative pent-up emotions and explode one day, which could prove disastrous for their emotional and psychological well-being.
Last but certainly not the least, a teenager’s ascribed financial status and social class may affect his standing amongst his peers who sport branded goods and expensive apparel. A lower working class teenager may feel left out and unable to compete in this situation and feel a sense of alienation as a result of his non- middle-class background. This, in turn, affects how much popularity and fame one earns in their social circle and impacts who gets invited to whose parties and who hangs out or forms cliques with whom, who dates whom, et cetera. Social background indeed has a snowballing and rippling effect on a teenager’s social life.
Consequently, studies have revealed that psychological illnesses such as depression and nervous breakdown from stress are commonplace in the developed world, where people tend to lead highly stressful lives. Research has shown a correlation between burnt out individuals and mental illnesses such as bipolar, schizophrenia and other personality disorders. To cope with the stress, teenagers should make time for a healthy school-life balance; socialise with family and friends, engage in their favourite pastimes/hobbies and take time to rest adequately.
Such are the joys and pains of the wonderful yet tumultuous period known as teenage or adolescence, when one is neither considered a child, nor an adult fully. This interim phase is replete with changes of all kinds, some of which cause joy, and some of which cause distress. Nonetheless, there are a plethora of opportunities to grow and learn as an individual. It is up to the individual how he ultimately allows or prevents the blows to his ego in the above-mentioned areas to get to his inner psyche and affect him (positively or negatively).

Hurry Up! Enquire Now! Book Your Timeslots Today!
Bookings are made on a first-come, first-served basis.